Advancing the Process of Constitutional Evolution in AJK

Having been taken into protective custody by Leepa Subdivisional Police in July 2015 on the instructions of Pakistan's clandestine agencies; 6 days incarceration then, followed by 2 days in Reshian/Hattian in August 2015, when I was prevented from re-entering Leepa Valley and now; after spending 19 days in Chinari jail, my research activities in public interest have been declared as genuine.

A decision by the District Sessions judge in Hattian Bala found the allegations against me baseless and irrelevant, on Friday the 18th of March. My stance of not deeming a Pakistani ID card as compulsory for a state citizen of AJK and my effort to create a representative sample of public opinion in AJK - by conducting a national survey - were effectively recognized as my fundamental right.

Many thanks to all the politicians, administration officials, AJK police, lawyers throughout Muzaffarabad division, members of the judiciary and perhaps most of all; the average citizen of AJK for making this whole 9 month ordeal an honourable and pleasurable experience.

Please read through the court's decision and comment as appropriate. 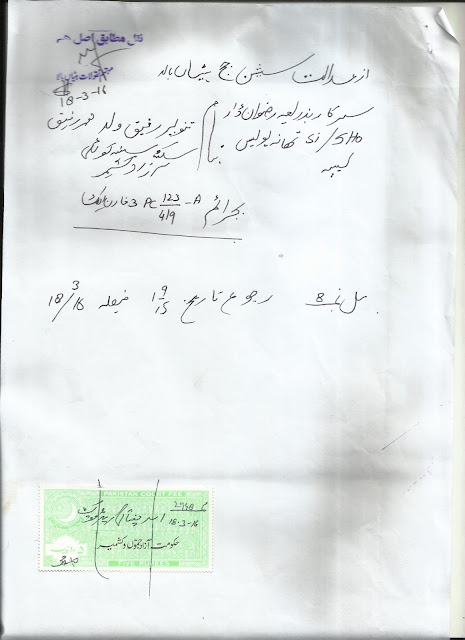 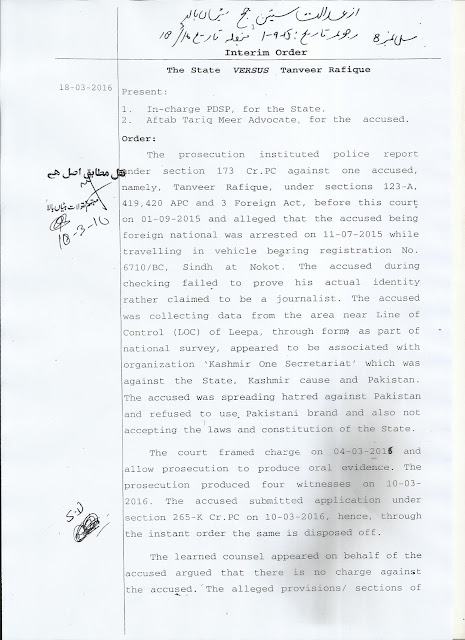 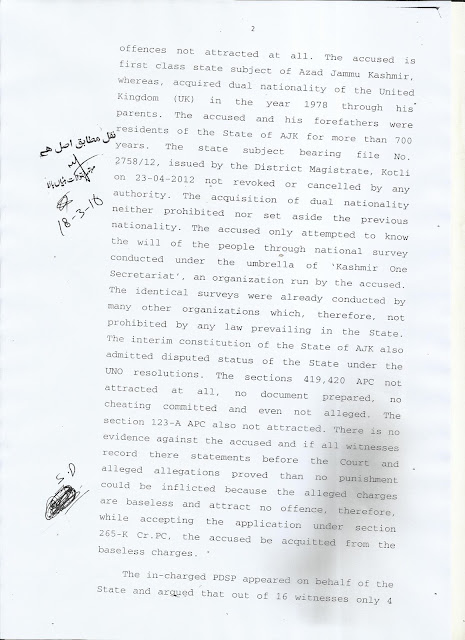 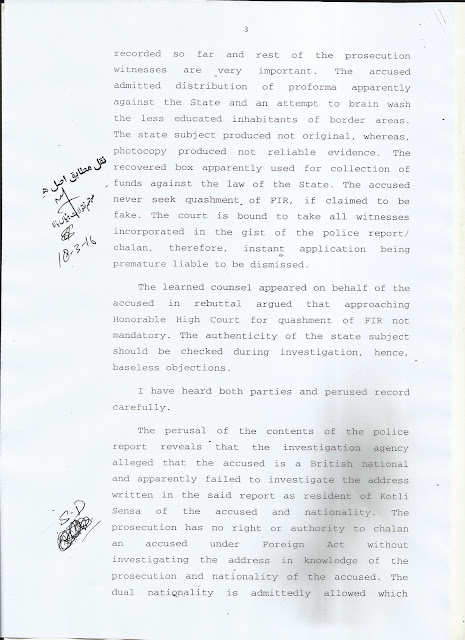 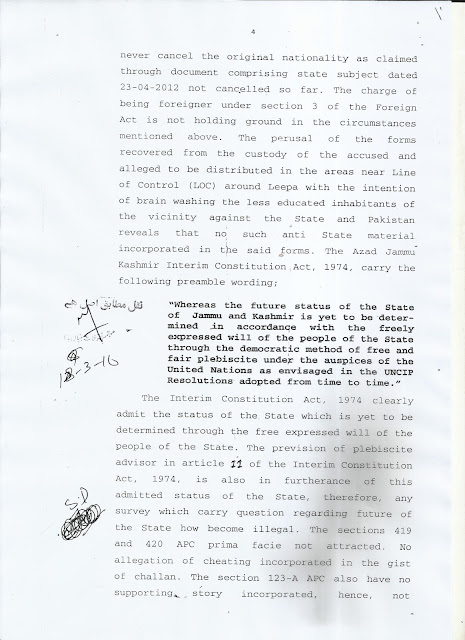 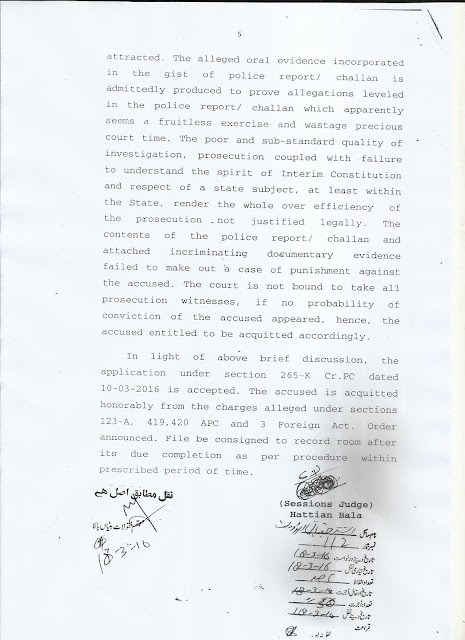