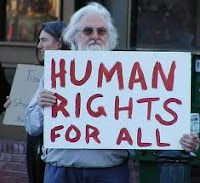 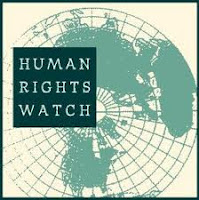 The following two paragraphs from a Human Rights Watch Report tantalisingly entitled, "With Friends Like These..." published on September the 21st 2006, are enough to support my assertion:

"Information, particularly about the human rights situation, governance, the rule of law, and the institutions that hold real power in Azad Kashmir is more important than ever as the territory rebuilds and, by necessity, opens up to the international community in the aftermath of the earthquake. In the coming years, international engagement with the territory is likely to be intense. For that engagement to be effective and beneficial to the people of Azad Kashmir, it is essential that international actors approach the territory with an awareness of its particular history and its fraught, often tense and unhappy relationship with the Pakistani state in general and the Pakistani military in particular.

Azad Kashmir is a legal anomaly. 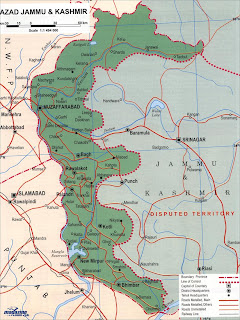 According to United Nations (U.N.) resolutions dating back to 1948, Azad Kashmir is neither a sovereign state nor a province of Pakistan, but rather a "local authority" with responsibility over the area assigned to it under a 1949 ceasefire agreement with India. It has remained in this state of legal limbo since that time. In practice, the Pakistani government in Islamabad, the Pakistani army and the Pakistani intelligence services (Inter-Services Intelligence, ISI) control all aspects of political life in Azad Kashmir – though "Azad" means "free," the residents of Azad Kashmir are anything but. Azad Kashmir is a land of strict curbs on political pluralism, freedom of expression, and freedom of association; a muzzled press; banned books; arbitrary arrest and detention and torture at the hands of the Pakistani military and the police; and discrimination against refugees from Jammu and Kashmir state. Singled out are Kashmiri nationalists who do not support the idea of Kashmir's accession to Pakistan. Anyone who wants to take part in public life has to sign a pledge of loyalty to Pakistan, while anyone who publicly supports or works for an independent Kashmir is persecuted. For those expressing independent or unpopular political views, there is a pervasive fear of Pakistani military and intelligence services – and of militant organizations acting at their behest or independently."
at January 03, 2011