Interesting but undoubtedly there's a lot going on behind the scenes. Minister for Kashmir Affairs due in Muzaffarabad soon. I know first-hand that the 'powers that be' have been stealthily seeking public opinion on the province issue over the past year. Interestingly, the questions posed have close resemblance to M H Gilani's line that the only feasible way of AJK and GB obtaining their rights is by representation in Pakistan's Senate and Assembly. Disguising that ploy by describing it as an interim measure until the Kashmir Issue is settled infers that the citizens of Kashmir have no role to play in settling what is essentially their issue. That they are mere passive onlookers with limited options, simply waiting indefinitely for India and Pakistan to resolve the "Kashmiri' people's future according to their own (India and Pakistan's) national interest. That's a basterdisation of the concept of self-determination unmatched in the history of mankind.

Meanwhile, I woke up at 2pm missing Jum'aa once again. Learned that the transformer connecting our building had blown last night. There's never a shortage of means to make our public despair of course. A 50 kv transmitter that was probably installed years back when the number of connections it was supplying electricity to was near a hundred. Currently there's about 400 connections hungry for power in a building that houses most local government offices too. I don't suppose they mind much though. The last time the transformer blew it took 15 days to repair. The SDO of the electricity department is also nowhere to be found. It is Friday after all I suppose.

The winter sun is also elusive, my jeep has been parked outside the Plaza for over two weeks now and the picture below tells more than a story. 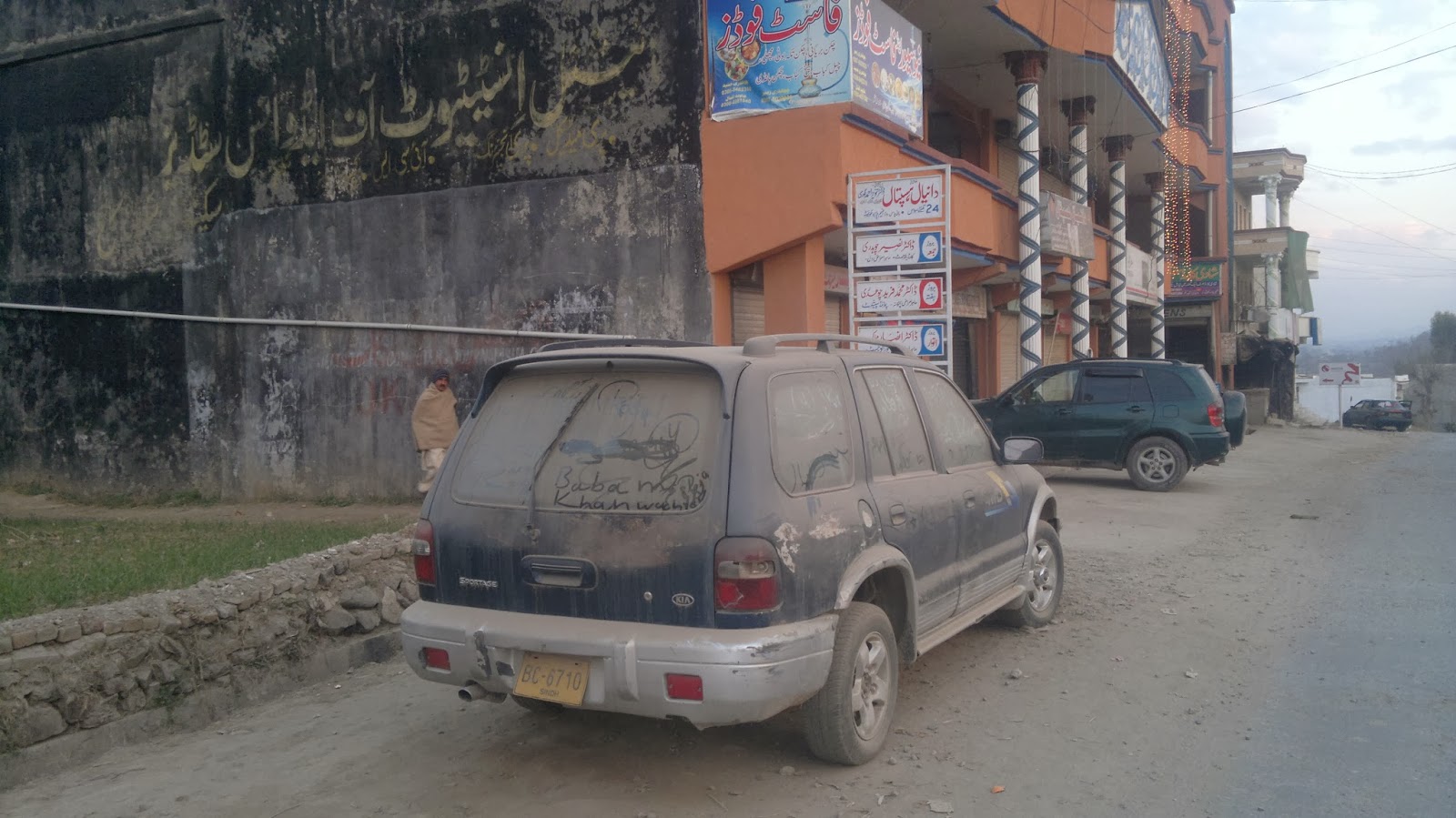 This dark where even the sun is participating in the onslaught of despair leaves me to concentrate on addressing my 'tonnes' of paperwork accumulated since April 2005.

I'm also nervous about a long pending deadline to translate a book on 'Kashmirology' (a term I've coined for Kashmir Studies) which I must complete by tuesday morning. Can't do much at the moment so an early night is called for.

Kashmir - One Secretariat document emailed to one member of the public

Contributors to date:
119 (subject to review as reconciliation of past data not complete)