Celebrating each other as individuals and part of public agency in Jammu and Kashmir. 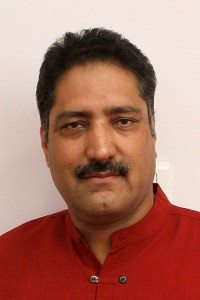 Recognising the individual in a State

Connecting the individual to the 'State' and synchronising their mtutal interests to create identity, which then provides access to a global forum from where one puts forward an indigenous narrative.

This achievement (of public space) enables a nation (a specific set of people within a legally defined territory and recognised as such by the world's most obvious forum - the United Nations) to translate its genuine aggregate public concerns into effective political representation. The public itself has to create, nurture, protect and sustain that agency: to avoid external interference.

When I suddenly phoned Shujaat Bukhari from Jammu in the summer of 2009 to inform him that I was on my way to Srinagar. His first question was, "Where will you be staying in the city?" I replied in my usual manner, "I was hoping to stay with you to make my visit as useful as possible in the shortest space of time".

He was a noble, fabulous, flexible, generous and concerned host who looked after me during the whole week that I was there. I spent 3 memorable days in his home and admired the way he multi-tasked so much and kept his composure and attention at all times. His home had wonderfully diverse cuisine with influence of much from Central Asia to South Asia.

My loss is the nation's loss.

Kashmir is a conflict which consumes the best of its people. Shujaat Bukhari was a proud Kashmiri, a champion of its language and culture, and someone who sought dialogue over slogans and violence. His independence of mind has cost him his life.