I have finally managed to write up a detailed version of what I describe as AJK Public Agency. Though I completed it a couple of days ago - this task was pending since November last year (2017) - it was published today at Portmir.org.uk under the title "Reclaiming Azad Jammu Kashmir For Her People"

A lot has happened in the neighbourhood since the last time I blogged.

In the Rawalakot neighbourhood:

I visited Rawalakot District Courts after many a day (over 2 weeks at least) yesterday. There are no lawyers in sight, public is sparse and there are no journalists around either. After a few minutes it dawns on me that today is 'General' election day in Pakistan.

Why is there a holiday in AJK though?

I then walked to my jeep (which has now been parked here since Eid) and to my modest surprise I find this bottle of Whisky on the floor behind the driver's seat: 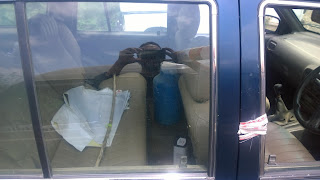 I say modest surprise because having kept my front windows permanently open for many years (even in public places around the clock), I knew at some point that something would be planted in my vehicle. Alas! it was an empty bottle and though the local police were alerted to its presence, local public agency was there to intervene in my absence (and without feeling the need to alert me) and the conspiracy could not develop.

At this stage, we can only speculate as to who might have placed it there and what for purpose, if any at all.

The clandestine agencies of our neighbouring country are always - on account of their track record in this territory - prime suspect. However, without comprehensive proof it would be folly to point a finger in their direction. The other prevalent theory is that our courts in AJK (and not just Rawalakot) have a certain tendency to consume liquid in its bitter intoxicating form. Someone of that ilk may have found it convenient to leave an empty there in me vehicle. It should be stated that according to various members of the local public here, such empty bottles have been regularly found in the vicinity of the courts. Some months ago, locals had even considered launching a public campaign against this activity.

Meanwhile, here are a couple of messages for our Pakistani citizens in particular:

"Congratulations to PTI for emerging as a third political force in Pakistan. We hope our neighbouring country will emerge out of the multitude of challenges facing it. I wish to distribute sweets to my Pakistani neighbours on this occasion."

Mahmood Ahmed Musafir - on his 73rd day of a hunger strike outside Islamabad Press Club. 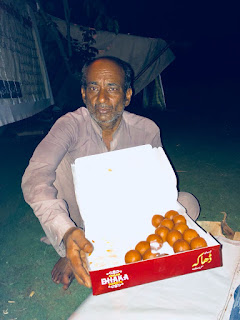 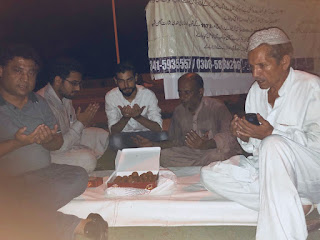 "We would like to be the first country in the world to invite the new Pakistani prime minister to our territory for unconditional and insightful talks on the future relationship between AJK and Pakistan."