Its been a hectic 36 hours. 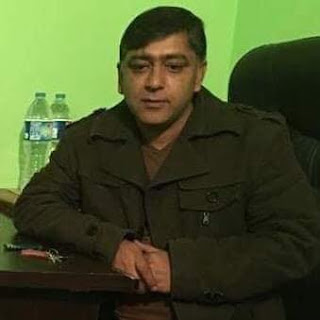 As I try to sleep over my experience:

Here's what I put together some moments ago. I am sure the public interest spirit of Aftab would have wanted me to do just that:


A lot of - evolution of public rights movements globally - have arguably begun here - Jammu and Kashmir - before being possibly imitated or influencing identical strategies across the world.

Here are some clues: I will give some space for input from others.....

There are other examples too:

Maybe even 3 donkeys and a camel could be imitated elsewhere or certainly influence taken from. Gilgit Baltistan could also feature...

Let's be brutally honest and translate the UN Human Rights Report (14 June 2018) for what it actually admits, after almost 71 years....that the Indian and Pakistani states are brutal, fierce and unyeilding in protecting their interests. Genuine freedom of expression is stunted and hijacked at all costs by both countries. Meanwhile, China has always been very frugal with its words and doesn't have much of an opinion on....public opinion. At least: not in public.

There is an unacknowledged consensus that the majority of citizens (or subjects) of the erstwhile state of Jammu and Kashmir seek peaceful and creative means to resolve their ambiguous status.

Each administrative division (7 in all - 2 with China, 3 with India and 2 with Pakistan) have much to say about their identity (identities), culture(s), language(s), religion(s), narrative(s), economy (economies), civilisation(s) and sports.


Each unit deserves and has an inherent right to practice the formation of genuine public agency.
at August 02, 2018