3 Layers and Multiple Sub-layers in each Layer of the Jammu & Kashmir Dispute:

There appear to be 3 layers of power (with accompanying narrative/s) relevant to understanding the unresolved dispute of Jammu & Kashmir. Both modus vivendi and modus operandi are in use in different measure and combination, within and between each layer.

Sub-layers would include the international community with a mixture of combining and separating almost everything beyond India & Pakistan. That would be Western/global institutions viz. UN, IMF, World Bank, the wider region including China, Central Asia, Russia and the Muslim World.

Sub-layers would include all narratives; be they hawks or doves, or left and right of the political spectrum in both countries, They would also include both those who don't want the world to interfere in the domestic affairs of either State and those that do, or don't mind.

This would include the whole princely State of c. 86,000 square miles. Of course the divided population is also going to comprise of a diverse range of sub-layers. Some pulling towards the Indian narrative, some towards the Pakistani narrative, some espousing other narratives linked to other external entities and then a perhaps even more diverse group representing an internal narrative of some kind.

Now, in the power equation the numbers 1 to 3 are in the right sequence, in more respects than one. During the colonial era, there were 2 tiers or layers (in our contextual parlance): that of the British Crown and its subjects. Thus, there is history, geopolitics, economy, technology, research and a host of other factors that cement the sequence in place.

I realise that not all readers will be predisposed to accepting such a sequence. However, most people who follow the status of Jammu & Kashmir's geopolitical ambiguity will at least concede that any conscientious inhabitant of this territory - who may be deprived of all his or her fundamental rights at will - may reasonably make such an assessment. Further, the reader should also take into account the prevailing status-quo since the ceremonial transfer of British colonial power to the dominions of India and Pakistan in 1947. The gradual dwindling of internal political agency - be it the autocratic ruler or his subjects - including those acting as political representatives of the people - should also be noted.

If we assume the above as a 3-layered geopolitical power hierarchy, the challenges facing the civil rights activist in any part of J & K - to achieve public policy objectives in favour of the internal narrative/s - are as necessary to meet in 2019 as they have proved elusive since 1947.

Our shared humanity requires us to accept everything we expect for ourselves as a fundamental right to be available or exercised by all other homo sapiens. There is a deeper level of thinking needed beyond 'national' limitations to meet the seemingly ever more complex needs of tomorrow.

Can the internal narrative of J & K triumph for the sake of humanity?

How does it navigate through the 3 layers of geopolitical hierarchy?

How does it interact with the multiple sub-layers within and between other layers?

All real and tough questions that need understanding.

This is heartbreaking but poignant: 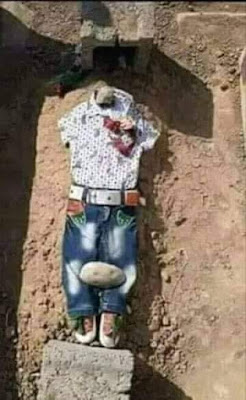 Translation of caption from FB:

In the Indian controlled Valley of Kashmir, a mother bought some new Eid clothes for her slain child and laid them out on his grave.

"Those clothes that you demanded last Eid

Get up and look! I've brought you those very clothes"

It's a pity that we are closed to the world. Otherwise, we'd be popular much beyond Pakistan:

For those of you who cannot read the FB photo caption:

Tourists throng AJK and adjoining areas of Pakistan during Eid holidays. This is Kohala resort


Indian and Pakistani armed forces can enjoy a good time together, even if it may be a few thousand miles away in Chebarkul, Russia. It is not as unthinkable as the residents on either side of Jammu Kashmir & Allied's manufactured border are led to believe, or for that matter even the world is led to believe.

Contingents of Pakistani and Indian armies were participating in a joint multinational exercise organised under the umbrella of The Shanghai Cooperation Organisation (SCO), or Shanghai Pact, in Russia.

We understand that this footage is from the evening of the 28th of August 2018: