Trarkhel: In pursuit of basic civic infrastructure 71 years on


The area of Trarkhel – now a subdivision (tehsil) of district Sudhnoti – inadvertently became famous post 1947 for ‘Radio Trarkhel’, ostensibly created to counter Indian propaganda on Jammu & Kashmir. However, this radio station was never situated in Trarkhel and the locals here had next to no agency in its formation or broadcasting output. It was actually broadcast from Rawat in Pakistani Punjab and had much more to do with Pakistani propaganda on Jammu & Kashmir than reflecting the thoughts, issues and aspirations of a people stuck in a conflict between 2 powerful neighbours.

An interesting event of public activism for basic necessities such as: a hospital, roads, university campus, distinct electoral constituency status and water supply schemes amongst other basic demands took place on the 18th of September. 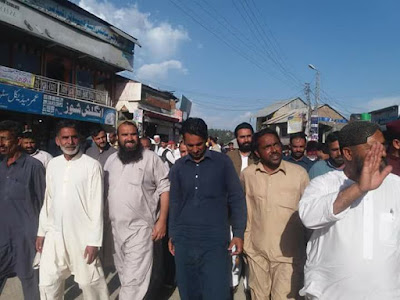 This writer was invited by the locals to come and cover the event but due to his engagement in completing the academic version of the ‘AJK Public Opinion Survey Report’, he could not do so. He did intend to write up on it soon after it happened but again, engagement in other matters of public interest and an illness prevented him from giving the necessary attention to this task. Better late than never is a motto useful to adopt in a territory such as AJK.

Trarkhel is the second largest city in district Sudhnoti and is the administrative hub of over 15 surrounding villages. Lacking basic facilities related to governance for 7 decades, the inhabitants of this tehsil (subdivision) have been protesting with increasing frequency for the past four months in pursuit of 9 basic demands:

On the 18th of September the local public staged a sit-in in the city, after a call to strike by the local ‘Public Action Committee’. Many members of the public from adjacent towns and villages vigorously participated. The whole city was jammed and all roads running throughout the tehsil were completely blocked for all kinds of traffic. Life in Trarkhel came to a standstill. 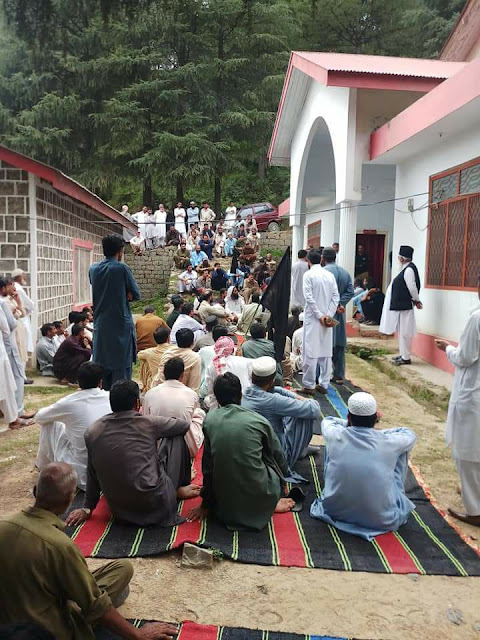 The strike had begun early in the morning from 7 am, whereby many members of the public converged on the city from surrounding areas and marched towards the centre of the city. There, a series of speeches to brief the public in reference to the protest strike took shape.

Throughout the day, not a single representative of the AJK government came to enquire or offer any measure of appeasement.

It wasn’t until 11pm that the divisional commissioner of Poonch arrived to enquire as to why the public had staged a sit-in en masse - all day and into the night - without any sign of retiring. A dialogue then ensued between the leading protagonists of the strike call and the commissioner. The latter asked the people for twenty days to work on these nine public interest demands. 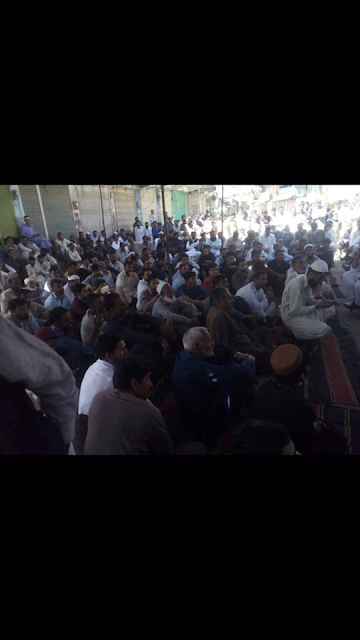 After consultation, it was mutually agreed that the strike would be postponed till the 10th of October. If there was no progress in the interim, then the public would resume their blockade of the subdivision following that date onwards.

Indeed, as is the norm in AJK, none of the demands were fulfilled by the deadline of the 10th of October. 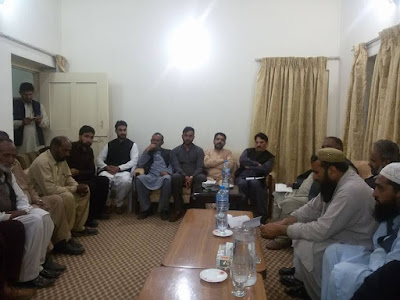 There was a by-election looming on the horizon scheduled for the 21st of October. On that very deadline day, the prime minister of AJK: Raja Farooq Haider visited Trarkhel and apart from campaigning for his party’s candidate, also met the leadership of the ‘Public Action Committee’. The latter reiterated their nine demands in public interest. Furthermore, that if they were not fulfilled the public would create hurdles in the upcoming poll.

The prime minister of AJK responded angrily to this threat by threatening in turn to, use all force at his disposal to ensure any hurdles from the public did not materialise. In this ferocious interchange of words, representatives of the ‘Public Action Committee’ made the point that the government can’t deliver basic needs to the people they collect taxes from but can go to any expense to enforce an oft-repeated election exercise, that hasn’t delivered in 71 years.

Subsequently, communication broke down between the prime minister and the local activists. What followed was a prolonged dialogue between them (the activists) and Dr Najeeb Naqi. Who not only happens to be AJK minister for health, finance and P & D (Planning and Development) but is the MLA (Member of the AJK Legislative Assembly) for the adjoining constituency in Palandri.

It emerged that Dr. Naqi was eventually successful in convincing the activists that all their demands would be fulfilled after the by-election on the 21st of October.

The ruling party (PML-N) won the battle of attrition between them and the ‘Public Action Committee’ of Trarkhel. Their candidate also won the by-election.

The status of the nine demands in public interest, remain exactly where they were before the agitation began a few months ago.

Brief Analysis:
This activity follows a distinct pattern – indeed a tradition - of how public interest activism ultimately intersects with state repression, where the latter usually wins and the public – at large – lose out. Where the sincere energy and resources of those who want to improve the quality of governance in their region is always abused and utilised by various ‘actors’ in the public domain.

In the context of AJK, it almost always seems that both parties on either side of the negotiating table viz. the activists and the government are ill-equipped to take measures to improve the governance of AJK.

Both actors are dwarfed or limited by the needs of Pakistan. The latter wants to minimise the amount of development funds it gives to AJK in order to maximise the return on its investment to extract resources from this territory. People who can successfully agitate for their basic rights will in due course logically agitate for their sovereignty.

The people would then no longer tolerate a relationship which is purely extractive on the part of Pakistan, which is operating in this region without due legal procedure, courtesy of a very convenient alibi (we’re in conflict with India). In such a scenario it would remain convenient for the local rulers (proxies as some may suggest) to not upset the status quo. Our local politicians will continue to placate their co-citizens in a far more efficient manner than the ‘occupier’ ever could.

Many thanks to Engineer Syed Faisal Gillani, for his crucial input into this piece of public interest information.