It is without a doubt that the governance system around us - AJK son of Pakistan son of Imperial Britain - is rapidly disintegrating. The electricity we are receiving in the highest revenue generating tehsil (subdivision) of AJK (namely Dadyaal) is dwindling by the day. It is now easily less than 12 hours a day and the voltage is also rapidly deteriorating. There is no longer sufficient current to run a fridge and the ceiling fan also turns at a speed barely enough to generate a superficial breeze.

Not a day passes when we see multiple examples of our forests being burned out. All other aspects of governance have a similar gory tale to tell.

It was somewhat refreshing to read the following document: 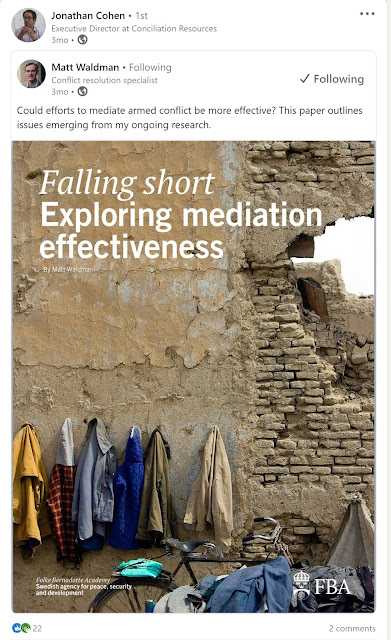 Here's the comment that I made after reading it:

Thank you Jonathan. I found that quite insightful in some respects. I would just say among other important criteria for successful mediation in conflict resolution; the two that are most important in my opinion (and experience of over 17 years of uninterrupted on the ground action-oriented research in Jammu Kashmir & Allied areas) are genuine & representative inclusion of the affectees of conflict in any process and for that process to not be bound in time, it should be for the long haul, until resolution.

Meanwhile, I hope you are keeping well? We met quite a long time ago, one evening at a coffee shop in Islamabad, Pakistan.

The document above can be accessed on LinkedIn here.

Today I'll provide you a real-time insight into our electricity woes in AJK and specifically in Dadyaal, as I sit literally sweating on my keyboard:

1646hrs: Electricity arrived (albeit at a very low voltage, not enough to make the ceiling fan spin at any reasonable speed!)

1718hrs: The voltage perked up to its regular voltage!

2300hrs: The electricity returns once again and remained until midnight.

- Barely half, which would average out to be around 12 hours out of 24.

Earlier in the evening in Dadyaal, there appeared to be the first real protest against the power shortages meted out to this territory, despite producing more than ten times its need. There was a protest a couple of weeks ago but that was mild and brief. This was fiery, reports tell me.

Yes, the following is as absurd as it is true in the 'water kingdom' of Asia:

Meanwhile, I fired the following shot on Facebook, which I can't embed here - except as an image - but anyone can reach the link here. 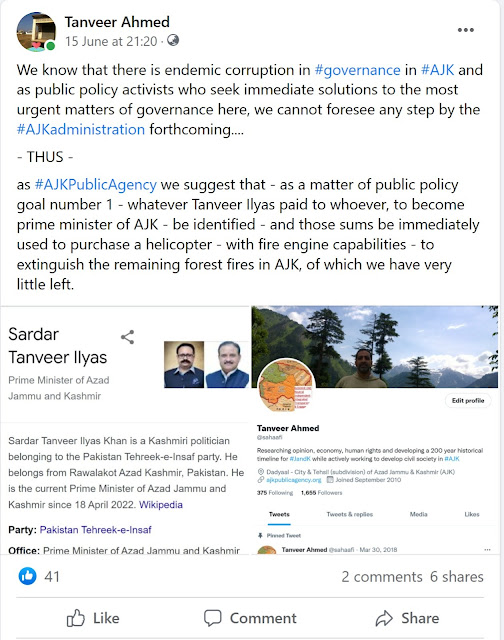