Life whilst striving in public interest is hectic, engaging and tantalising. Particularly when it comes in direct contact with the 'State', as has been the case throughout Day 95. It was one of those days when I couldn't register a blog entry, purely on the grounds of an absence of net connectivity.

The dominance of the AJK narrative - in its purest possible sense - has been impossible to sustain because the Pakistani narrative has hitherto controlled all levers of power. Deliberately strangling net connectivity in AJK (and GB) in contrast to Pakistan (proper), has been just one of a range of tools at our neighbouring State's disposal.

Mahmood Ahmed Musafir and his Camel and Donkey's March from Bhimber to Muzaffarabad entered its 38th day where it resumed at around 11am from Numb Kohalla, just within the border of Poonch Division before it enters Gujjar Kohalla in Muzaffarabad Division. He was stalled an hour into his journey by the local administration of AJK, under the perceived directions of Deputy Commissioner (DC) Muzaffarabad at Kulyan Bridge. Later, at around 10pm, the latter took custody of the 3 donkeys and sole camel. While the animals remain at the local police post enroute to Muzaffarabad, Mahmood Ahmed Musafir refused to be transported in a government vehicle to the capital city. Instead, he chose to sit in a private vehicle and reached Muzaffarabad at around 1230am today. Talks with the 'State' will resume in some shape or form tomorrow.

What's my role in all of this?

Well I drove for 8 hours from Dadyaal to Numb Kohalla on rocky mountainous terrain in a rough vehicle the day before yesterday. Today, I've driven to and fro between Kohalla and Muzaffarabad twice, yet still missed out on the evening 'conflict' between the AJK administration and Mahmood Ahmed Musafir.

It's still relatively early in the morning today and I will try and get some sleep before another hectic day ahead.

Meanwhile, here's a video followed by some photo glances from yesterday: 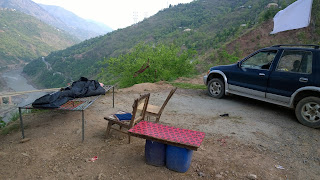 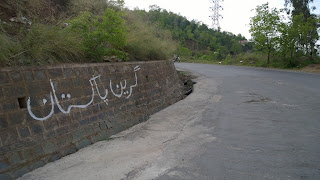 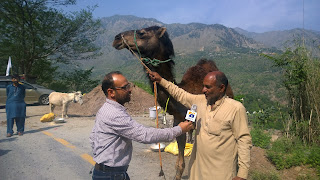 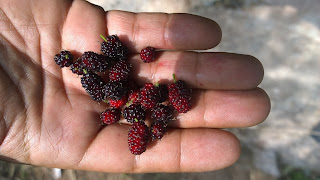 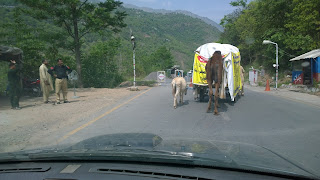 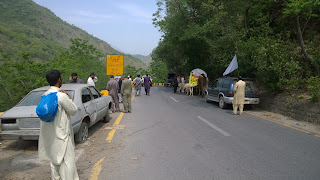 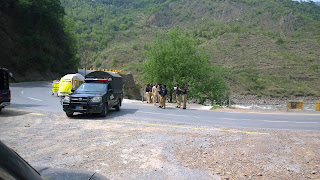 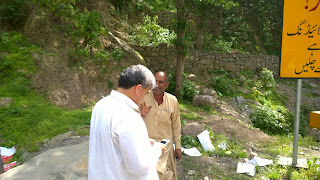 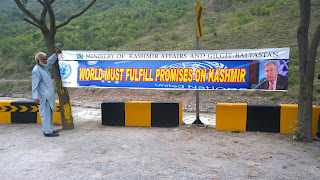